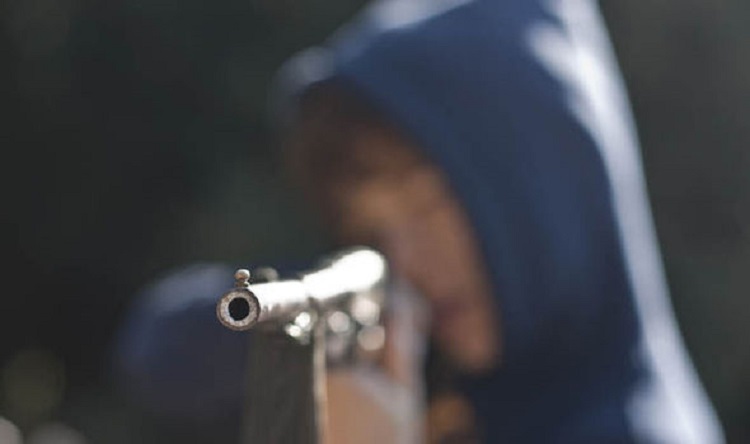 There’s an emergency, and the gun shops sell out first, so what can you do? An air rifle is a powerful option. Although they aren’t as high-powered as a standard rifle, your air rifle is still more than up to the task of defending you and your family. I’ll walk you through the standard FPS ratings. Moreover, I’ll teach you everything you need to know to choose an outstanding air rifle. It’s not as daunting as it seems. You’ll be firing off those test rounds in no time, and soon you’ll be a good enough shot to feel confident in your weapon. As long as you keep at it, your practice will pay off in accuracy so you’ll be able to add that air rifle to your list of useful preparations.

How powerful is an air rifle? An unmodified air rifle can shoot over a thousand FPS (feet per second). However, it pays to read the specs because many commercial air rifles have cut the velocity to five-hundred FPS. Either way, it’s enough to do severe damage or even kill an attacker.

Are Air Rifles As Powerful as a Standard Gun

The power of an air rifle might surprise you. When it comes to FPS, you may be surprised by what some ‘regular,’ non-air gun options are firing. For example, a classic nine-millimeter round is expelled at around 1100-1200 FPS.

Realistically, that’s about the same as some air rifles. Moreover, some models can fire even faster speed isn’t everything. A good .22 has more stopping power and less speed, but you trade-off for greater difficulty.

The well known .45 ACP round in a standard gun moves slower than many air rifles. At an average velocity of 850-900 FPS, depending on the type of ammo, that isn’t a high velocity for any firearm. So yes, an air rifle can be more ‘powerful’ than a standard gun. However, that’s only counting the firing speed of the bullets.

Stopping power is different from how much kick a gun can throw behind your bullet. A hollow-point round flattens into a star-like pattern on impact, causing massive damage inside the body. The style is made to stop an attacker.

When the tip of a hollow point bullet flattens, it does maximum damage. The intention is to create an enormous hole and keep the round in the body. Resultantly, the hollow point is the king of stopping power in the bullet world.

Similarly, the lowly .22 is known for its tendency to ricochet around within a person. As you’d expect, that will also cause a massive amount of damage and bleeding. Unfortunately, a standard gun and an air rifle shooting BBs or pellets are different tools.

Shooting an attacker who, presumably, has plenty of adrenaline running through their body may not stop them. Or, more accurately, a body shot probably won’t stop a sufficiently determined enemy. Alternately, a headshot, especially in the eye, could kill almost anything.

More experienced hunters who prefer the stopping power of a .22 have a wealth of options. Digging through pages of choices is a waste of time unless you know what to look for. A trusted bend, known for high-quality craftsmanship, is essential.

Additionally, you need to make sure to check the reviews. Find a model you’re comfortable carrying. Plus, optional features like rails for adding components and loops for a strap are always top of the list.

The real wood of a Lastworld New Air Pellet Rifle Gun B3 is a solid choice. If you’re planning to hunt small game, this is an ideal weapon. Open sights and smooth lines show the value of this model right out of the package. The only plastic part is the grip on the brake handle, so you’ll feel the weight of this air rifle. To learn more on Amazon, click here.

Is an Air Rifle Powerful Enough to Kill

In a word, yes, an air rifle has enough power to kill both humans and animals. However, that doesn’t mean it will end a life with every shot. No gun can guarantee that level of impact.

Perhaps it’s a very positive thing that guns are only as ‘good’ as the people wielding them. Unfortunately, that means you need practice. Unless you are a very lucky shooter, or you have the attacker at point-blank range, you need skill.

You need to take the time to acclimate to your weapon. Even after that, regular practice is vital. Muscle memory is imperfect at best, so you can’t slack on your skill upkeep. Unfortunately, you need to treat the skill like the gun itself. Pull it out regularly, make sure it’s in working order, and test fire.

Enough Power to Kill a Rabbit

Shooting a creature, or an attacker through the eye is rare. More importantly, the kill zone and thickness of a creature’s hide matters. Whether you intend to hunt or defend yourself, the facts remain the same.

To kill an average rabbit cleanly, you’re looking for at least a thousand FPS. Naturally, a more substantial shot makes for a slower speed. Likewise, the lighter the bullet, the more muzzle velocity you need.

One commenter on Stack Exchange notes that a .177 caliber air rifle can kill a rabbit with as little as six-hundred FPS. Personal experience is a great teacher. I recommend hunting before you need it to survive to learn the limitations of your weapons.

A sleek, simple Winchester 1100S Air Rifle will give you the power you need for hunting small game. Plus, the high-quality shock and fog proof scope will surprise you. At speeds up to eleven-hundred FPS, you’ll have enough range and power to warn off an intruder or make a shot from substantial range. Check Amazon prices and availability here.

In addition to the weight of your shot and the speed it comes out of the muzzle, there are a couple of other important factors to consider. First, your distance and accuracy make a considerable impact. Secondly, the style of bullets can change everything.

If you’re practicing on a range, then the bullet style is less of an issue. Typically, you’re working on aim rather than anything else. However, for hunting, a sharper tip on your bullet might allow you to make cleaner kills. Aim for small prey like grouse, rabbits, and similar creatures.

To work out your maximum effective distance, the model, weight, muzzle speed, and accuracy all matter. Generally, assume that thirty to fifty meters is your maximum range. However, you’ll get a little more if you happen to be shooting downhill with no headwind.

Where air rifles are concerned, power is important, but choosing the right weapon for the job matters more. The differences between a .22 and a .177 are vital. Bigger doesn’t mean better, especially if you’re hunting very small game.

Pest control may not be the first thing you think about when planning for an emergency, but it does need to be on the list. Sadly, when you have an off-grid or near off-grid BOL, getting someone to spray for pests isn’t always practical. Additionally, the more people you allow into your home, the more know where it is and what you have lying around. That’s a problem.

Shooting rats or squirrels yourself is more practical. Yet the ballistic curve of a .22 might not be the right choice. Furthermore, you don’t need that level of stopping power for smaller pests. In general, you can stick to the lighter and much easier to load .177s for most things.

How Far Does a .22 Air Rifle Shoot

Although it has more power, the .22 also has the shortest range of the options available. You’ll get a good forty-five to fifty meters of range. Still, adjusting for the curve at varying distances requires the most skill.

For those with experience using firearms, a twenty-two can be a nice challenge. However, you may want to choose the .177 instead if you’re a beginner. The lighter shot will travel four-hundred meters. Better yet, some models will go further.

Warning shots for intruders are better at a distance. Don’t let them get close enough to become a serious problem. Likewise, those who are newer at shooting should go with this easy to load choice. Moreover, a lighter bullet and gun are best for smaller adults and older children.

Opt for a high-quality model like the Crosman M4-177 pneumatic pump air rifle from Amazon as your distance weapon of choice. You’ll be pleased with the accessory rails which allow you to mount a scope or flashlight easily. Click here to read the reviews for yourself. Crosman is a well-known brand that uses high-quality components.

An air rifle is powerful enough for self-defense. However, there are other, more effective options. That said, air rifles are much easier to get your hands on in tough times. When people are lined up outside the local gun shop, order an air rifle online instead.

Typical air rifles may only kill with a headshot, but you can get more powerful options. The Airforce Texan is arguably the most powerful air rifle on earth right now. As you can see in this video, it will crack a cinderblock.

Whatever air rifle you choose, you still need to practice to hone and maintain your skill. Always treat your weapon with respect instead of like a ‘toy’ when firing.