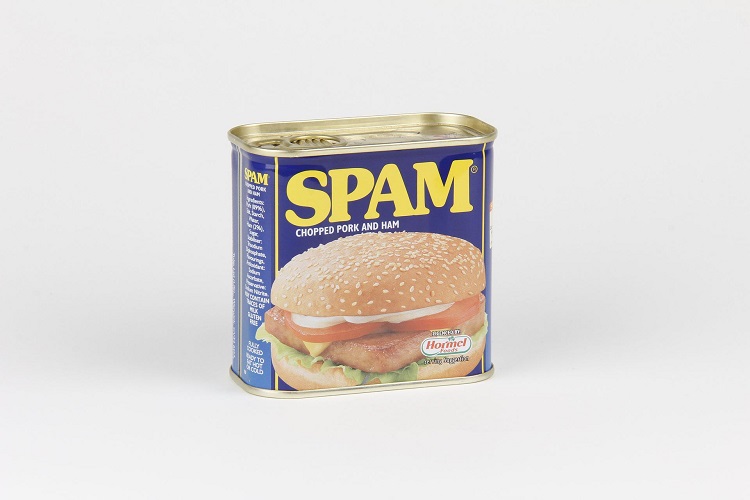 Spam is the most notable product of the Hormel Foods Corporation, and it is a popular pork product found in a lot of households because of its great taste. Like many other canned food items, spoilage is a major concern, hence, the need to refrigerate Spam.

How long does spam last in the fridge? According to the manufacturer, refrigerated Spam should be eaten between three to five days after opening. However, this figure is for quality control, as refrigerated Spam can last between seven to ten days.

In a post on the manufacture of Spam, an expert mentioned that unopened cans of Spam have an indefinite shelf life and do not need to be refrigerated. The main ingredient in Spam is pork shoulder mixed with ham, with other ingredients added for flavor and preservation.

Should Spam Be Refrigerated?

Yes, a can of Spam should be refrigerated after opening to increase its lifespan. According to the manufacturer, when placed in a fridge, Spam should be eaten within three to five days.

In case you are unfamiliar with the term, Spam is a canned meat product that was first produced in 1937 and has pork as its main ingredient. The Spam brand itself was created and is owned by the Hormel Foods Corporation which is based in Minnesota in the USA.

Spam is known for its remarkable taste, having a distinct flavor that is a blend between spicy and salty. There are six main ingredients in Spam, namely, pork, water, salt, sugar, sodium nitrate, and potato starch.

There are over 10 different Spam flavors that have been produced over the years to accommodate the unique tastes that people have. While the main Spam product is called Spam classic, other variations include Spam Low Sodium, Spam Lite, Spam Garlic, Jalapeno Spam, and Spam Hickory Smoked.

When you open a can of Spam, there is immediately a countdown to how long the pork will remain fresh and edible. In most cases, it is best if Spam is eaten immediately, but if you are looking to split the consumption over a few days, then your best option is to refrigerate the Spam.

Before placing an opened can of Spam in the fridge, you can cover the top of the can with plastic wrap, keeping germs from entering the food. Then, you can place the covered can in a fridge. Also, you should ensure that the Spam can is free of rust, leakage, or dents as this can affect the pork’s quality.

Another way to refrigerate Spam is to transfer it into another container, such as Tupperware or canning jars, and then place it in a fridge. These containers are built for proper storage making them ideal for refrigerating food items, including Spam.

Apart from how nicely Spam tastes, it is often used in so many households because it is a quick, easy option for animal matter, namely, pork. Spam is also a versatile meal since you can cook and combine it with other meals. You can also eat Spam straight from the can since it has already been cooked.

There are a lot of people who prefer to cut up Spam into thin slices and then fry the slices to a nice crunchy crisp. These Spam slices can be eaten on their own and are a terrific addition to any breakfast table.

While Spam is awesome in terms of taste and versatility, it is also remarkable for its durability. When unopened, a can of Spam has an indefinite shelf life, even though the average best before date is three years.

How To Store Spam After Opening

Apart from considering how to safely store Spam after opening the can, there are some things to take note of. First, the condition of an unopened Spam container can affect the quality of the pork within.

While Spam containers are being moved about, they might hit hard surfaces or get dropped, causing some damage to the can. If you notice that your Spam can has been damaged, you should get rid of it, as there is a chance that the quality of pork has been compromised.

After you open a can of Spam, you can store it for up to ten days by placing it in a fridge. Cooling down Spam increases the lifespan by stopping the growth of bacteria. If you want to store Spam for even longer, you can freeze it, making it last for months.

For long-term storage, you can place unopened Spam in the pantry, ensuring that the temperature never goes above 75 degrees Fahrenheit. You can store unopened spam for a long while by deep-freezing it.

When considering how to store spam for an extended period, your considerations should not just be focused on opened Spam cans, but on unopened ones too. Once a Spam container has been opened, there is a limit to how long it can last, making proper storage very necessary.

On the other hand, unopened Spam cans have a lengthy shelf life, which corresponds to the best before date on the can. Unlike many other food products, Spam does not have an expiration date. Rather, the date indicated on a Spam can is the Best Before date, indicating that Spam’s quality will reduce after that date.

If Spam exceeds the Best Before date that is indicated on the container, the aspects of the quality that might be affected include the freshness and the flavor. If the date is exceeded, Spam will not taste and smell as good as when it is new.

Generally, Spam is known to last for an extended period due to the manufacturing process which involves packing the pork at an elevated temperature. Also, sodium nitrate is among the ingredients found in Spam and it is commonly used as a preservative for food items, particularly those made from meat.

Another reason Spam lasts long is that the can is airtight, further improving the overall durability of the packaged pork. When food is stored in an airtight container, there is no room for air and other contaminants to get into the can, meaning that bacteria cannot grow within the food.

If your Spam container is in perfect condition, you can be looking at somewhere between two to five years during which the Spam maintains its original quality. The temperature of the storage location is also important, as Spam cans should be kept in an area below 75 degrees Fahrenheit (24 degrees Celsius).

However, some factors reduce the lifespan of Spam, cutting short how long you can store it.

The main reason a can of Spam can go bad way before time is if there is an issue with the can. Spam cans are designed to be airtight, so if the container has suffered some sort of damage, the protection provided by the container becomes invalid.

To ensure that you maintain the integrity of Spam, you should inspect the container before opening it up. If you notice that there is a dent or a leakage on the can, you should avoid opening it. Rusted cans should also be avoided, because it can also be a sign that there has been a breach in the can, lowering the quality of the Spam.

While the long-term measures above are for unopened Spam, the best way to preserve opened Spam is to deep-freeze it. If frozen properly, opened Spam can be stored for several months, even though its taste might recede over time.

Can You Freeze Spam After Opening?

Yes, you can freeze Spam after opening, as this is the most efficient way to store Spam for a prolonged period. Frozen Spam can maintain its best quality for about three months if frozen properly.

When considering Spam and other canned food items, long-term storage depends on whether the can has been opened. As explored earlier, unopened Spam can simply be stored in a pantry, if the temperature does not exceed 75 degrees Fahrenheit.

You do not need a lot of procedures to maintain the quality of unopened Spam for a long while because the unopened can has airtight storage. Opened Spam, on the other hand, is more delicate, because, like most meat types, pork can spoil quickly.

If you refrigerate Spam after opening, the maximum period that it can last is ten days. This time range is short, especially for households that need long-term storage. To extend the lifespan of Spam for a prolonged period, you should freeze it after opening it.

The main reason food gets spoiled in the first place is because of the presence of microorganisms in food. These microbes grow on food, increasing in numbers at a rapid rate, and breaking down the molecules of the food.

When food molecules are broken down, features like their taste, smell, and appearance begin to change. This spoiled food often looks, tastes, and smells different from when it was fresh. Finally, the microorganisms that spoil food also release toxins into the food, making it dangerous for consumption.

Freezing food is particularly important and effective because it combats the actions of these microorganisms in food. When placed in a deep freeze, the low temperature causes the water to turn to ice. Since microbes need water to grow, turning water into ice will stop their growth.

Freezing food also slows down enzyme activity in food, contributing to the food’s lifespan. You should note that some microorganisms are not killed off by freezing, meaning that you’ll still need to handle the food properly when it gets defrosted.

In the case of Spam, freezing is just as effective, as it can increase the lifespan of opened Spam from a few days to several months.

How Long Does Spam Last in the Freezer?

Spam can last for an indefinite amount of time in the freezer. However, after a few months of being frozen, the flavor and overall quality of Spam might begin to reduce.

Freezing food is a surefire way to extend how long the food remains tasty and safe to eat. In the case of Spam, it is best to freeze it at a temperature of 0 degrees Fahrenheit (-18 degrees Celsius).

At such a temperature, the growth of microbes will be stopped, ensuring that Spam remains healthy. Under such conditions, Spam can theoretically last indefinitely since it will not get spoiled. You should note, however, that the texture and taste of Spam will change over time while frozen. If you want frozen Spam to taste as delicious as possible, you should eat it within three months or less.

How To Tell If Spam Is Bad After Opening?

You can tell if Spam is bad after opening if the meat is discolored, moldy, or is giving off an unpleasant smell. Also, if the Spam can is leaking or has an uneven shape, then the Spam might be unhealthy for consumption.

The main reason food gets spoilt is because of the growth of microorganisms. As these microbes grow, they affect the smell, taste, and color of food. Spam is no exception to this deterioration that is caused by microorganisms. So, if you open a can of Spam and realize that it looks or smells weird, then it just might have gone bad and is unsafe for consumption.