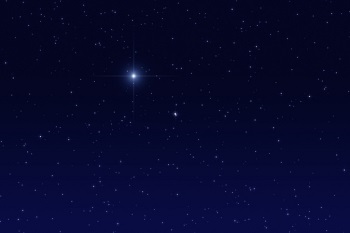 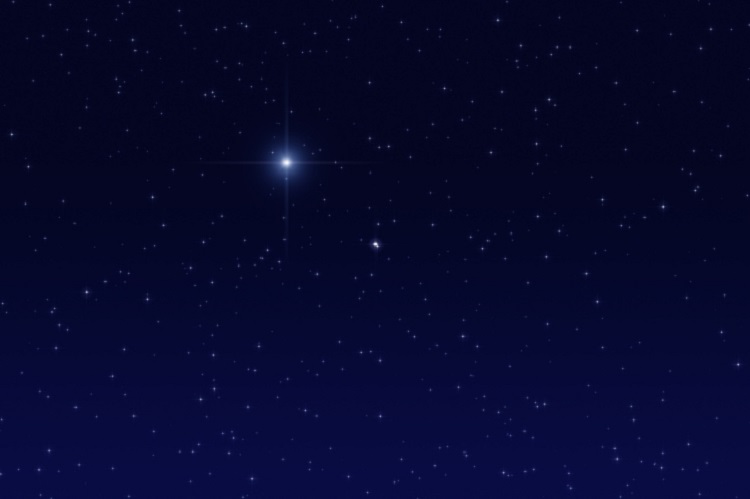 If you’re lost in a blizzard, that’s very different from a starry night. Naturally, when you get turned around in the day, you only need to wait until it’s past noon. The sun is in the east in the morning and the west after noon. Although it tends to move a bit north or south from our perspective during the year, that’s an easy way to know where you’re headed. Can you do the same thing at night? Even without the moon, there’s a simple way to find the direction you’re facing. I’ll teach you how to navigate using the pole star.

How can the pole star help in finding direction? The Pole Star helps find direction because it is always due north from where you are standing. Although it seems never to move, this is a visual trick based on where that star is in the universe compared to our planet. However, this trick only works in the northern hemisphere. At or below the equator, the North Star is out of sight due to the curvature of the Earth.

What is the Pole Star

Finding direction using the Pole Star isn’t tricky. So long as you have a clear view and you’re north of the equator, you can figure out which way is north at night. Why is that, and what is the pole star?

Often called the North Star, for obvious reasons, Polaris always appears to be fixed in place relative to Earth. Although the whole universe is in constant motion, this effect is a handy visual trick.

From where we sit, our planet and Polaris aren’t visibly moving relative to one another. All the stars in the sky seem to rotate around this fixed point of light.

However, that’s all a matter of perception. Over time even that fixed point of light has moved. Polaris wasn’t always our North Star.

Had you been born in Ancient Egypt, your guiding star would have been Thuban. This star in the constellation Draco used to be the one that appeared fixed in the sky.

How to Find Polaris

Having the Pole Star to help you find direction is only useful if you can find it. So, how do you locate Polaris in the sky? Clearly, you wouldn’t need a star if you already knew where north was located.

First, you need to know what the Big Dipper looks like. If you’re from the UK, you might call this constellation ‘the plow.’ Luckily this dipper is one of the most well known and easily recognized star patterns in the northern hemisphere.

Use the two stars at the front edge of the Big Dipper form a line and follow that line. The stars, known as Dubhe and Merak, will point you right at the North Star. If you’re still not sure you have the right one, it’s easy enough to doublecheck.

The Little Dipper is almost as famous as it’s larger counterpart. Polaris is the end of the Little Dipper’s tail. Specifically, it’s the third star in the tail or handle of the dipper.

People who live in the southern hemisphere have a south Pole Star as well. However, it’s a little bit different. Sigma Octantis is visible to the naked eye, but only just. On a very clear night, you can barely see the southern Pole Star if you know where to look.

Resultantly, you couldn’t merely use Sigma Octantis to navigate in the south. Perhaps with a set of binoculars, or another way to magnify the stars it could work. However, Polaris is much brighter.

Regardless of which star you’re looking for, a great, high-quality set of binoculars is vital to your survival gear. The Usogood 12X50 HD Binoculars from Amazon will get you through the wild, and help you spot more than Pole Stars. Plus, it has a tripod for stable images even when filming with a smartphone. To learn more about Usogood, click here.

Although many people assume it’s the brightest star in the northern sky, our Pole Star is actually closer to the fiftieth brightest. Still, that’s more than enough starlight to navigate by in most places.

Seeing the North Star in the Southern Hemisphere

Because the Pole stars aren’t quite precisely at due north and due south, there’s a way to see them from the other hemisphere. Sadly, it is impossible to see Sigma Octantis from north of the equator because it’s so distant and dim. If you had the right latitude and ideal weather, you might catch a glimpse of it through a telescope just north of the equator.

Similarly, if the conditions were perfect at the equator or just below it, you’d see Polaris on the horizon. According to Astronomy.com, “..Polaris would barely show up from 1.23° south latitude.” However, you would need a level horizon and clear skies. Plus, those calculations are from 2018, which means they are slightly off by today’s math.

Once you’ve found the pole star, you need to use it to find directions. North is evident because you’re looking at it. Resultantly, the south is directly behind you when you face Polaris.

From where you stand, you can stretch out your arms to figure out east and west. Your right hand will point to the east, and your left will be headed west. However, it’s worth noting that the further north you head, the higher Polaris appears in the sky.

If you were standing on the north pole, it would be directly overhead since almost no one travels so far north that’s a non-issue. Though people often mistakenly believe that ‘the north pole’ is on land, perhaps in Canada or Siberia, it’s not. The northernmost extreme on Earth is just a spot on some ice in the ocean with no ground below.

Although we rarely think of it, having Polaris directly overhead at the north pole makes perfect sense. Standing at the exact geographic north pole means there’s no way to travel north. Any direction you turned from there would be south.

The Pole Star isn’t the only way to navigate using nature. Some methods you probably use already and don’t even think about. For example, most of us use landmarks to get our bearings. A mountain or exceptionally tall building doesn’t move, so when we’re traveling locally, they make great compass points.

If you live or travel south of the equator, you’ll need a better system for finding directions. Luckily the stars provide. Even though you may not see the Southern Star, the Southern Cross constellation is easily visible.

Follow the path from the top of the cross through the bottom. Then continue toward the ground. Where that line touches the horizon is south, or close enough to give you a sense of where you’re headed. Using the pointer stars will provide you with a more accurate heading, but you’ll be headed south either way.

There are two straightforward ways to magnetize a needle to get directions. Either way, you’ll need a needle, a dry leaf, and some water. Enough liquid to make the leaf float with the needle on top of it is fine, and you don’t want running water. Instead, choose a puddle or still pond.

If you carry a magnet, and you should, then the process is faster. All you need to do is touch the south pole of your magnet to the tip and then flip your magnet. Touch the north pole to the eye, and you have a magnetized needle.

Alternately, you can use a natural fiber like wool or silk to magnetize. The process takes a few minutes, but you can rub the needle across the surface of the fabric. It will take nearly a hundred rubs to make the needle magnetize.

Once you have the needle prepared, you set it on the leaf. Next, allow the leaf to free float in the water. Other liquids work as well, but you’re not extremely likely to find a puddle of milk or lemonade in nature. The needle will orient on its own and point the way.

I strongly suggest that you carry a high-quality compass with you instead. One of my favorites is the Suunto M-9 I got from Amazon. I love the convenient wrist strap that makes it easy to wear and difficult to lose. Check the reviews on the M-9 right here.

The easiest way to find direction in the daytime is with the sun. So long as it’s not too cloudy, you can orient quickly. Our sun will always rise in the east and set in the west. That makes it simple to determine where north and south are located.

The solar orbit can cause sunset to be more northwest or southwest. Similarly, sunrise can be more northern or southern. Still, between the two, you’ll be able to orient north or south.

Better yet, carry a compass, like the Eyeskey Multifunctional Military Lensatic Tactical Compass from Amazon. If you’re rough on your gear, this durable, shock and waterproof compass will suit you well. Moreover, it comes with an easy carry pouch that will fit on your belt. Grab an Eyesky right here.

More importantly, moss mostly grows on the north side of trees in the northern hemisphere. Alternately, once you head south of that invisible line, moss tends to grow on the south side of the tree. The reason is more sensible than you think.

The sun hits the Earth and causes shadows. At the equator, the sun is directly overhead. However, as you head north or south, the shadows lean away from the sun. In the north, they tend to fall on the northern side of trees, and in the south, they fall southerly. Moss prefers to grow in cool shady areas, so it tends to stick to the shady side of trees.

Finding your way using the Pole Star at night is easy. Although it’s always better to be prepared, it helps to know how to orient in a pinch. Cloudy weather will block your view.

You should always carry a compass in your EDC and a spare in your emergency supplies. However, getting familiar with different natural methods for getting to your destination is an important skill too.

Always bring the right tools and skills when you leave the house. There’s no reason to get lost as long as you can see the sky.