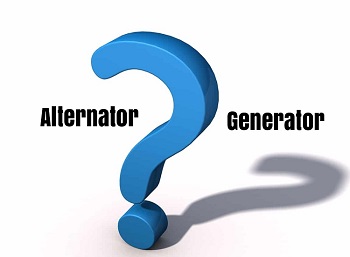 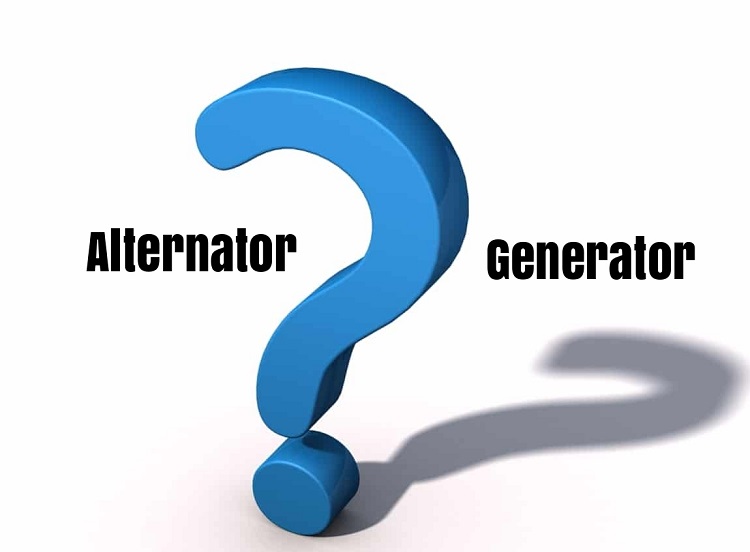 Being new to prepping is daunting. It seems like everyone has things all worked out, and you don’t yet, but you’re not alone. Every newbie prepper feels this way. When confronted with issues like alternators and generators, it gets confusing. Although it takes time to get your preparations in order, I can help you sort out this power source question right away. Then you can decide what you need for emergency plans. You’re doing the right thing by learning to take care of yourself and those you love in disaster situations. Realistically most people don’t even consider preparing for an SHTF situation. After surviving with no plan in place, things ‘get real.’ Roughly forty-eight percent of all Americans lack emergency supplies for even the most basic temporary problems, like an extended power outage in summer. With this information, you won’t be on that list anymore.

To understand the differences between alternators and generators, you need to know about AC and DC energy. While both machines create energy, the type of energy they make is very different. Specifically, they generate different currents.

One of the significant differences between alternators and generators is on the inside. A generator uses a commutator to convert AC energy into DC power. Meanwhile, winding an alternator connects it to a slip ring.

Although it’s a little confusing to think that both types generate electricity, the names help remind us of which is which. Don’t let all the technical jargon scare you off. I’ve provided simple descriptions to help.

Your home runs on AC. Plugs that run everything from your refrigerator to your laptop are typically sixty hertz, at least in America. If it helps, remember that AC power runs your AC (air conditioner).

AC or alternating current is a pattern of electrons flowing both forward and backward. Hence it is called Alternating Current. Naturally, an alternator is a device that makes this type of power. Whether separate from a generator or included inside one, it’s an AC power creator.

By using a wire loop and a magnetic field, the alternator creates power. As the wire spins through the different magnetic polarities, it creates alternating power. Both pushing and pulling electrodes to cause a current is ‘alternating.’

Despite being called alternators, an inverter generator is the proper term for an AC generator. The words are a little confusing, but the facts remain the same. Technically the generator is an electromagnetic device while the inverter is a powered electronics device.

I recommend the Ampeak 2000W Power Inverter because it has both AC and DC outlets for running your devices and machines. The cooling fan, automatic shutdown, and alarm will help keep you safe. More importantly, it also helps prevent overworking your inverter generator. Click here to learn more on Amazon.

Generators Can Be AC or DC

Sadly it confuses the issue, but generators can be either AC or DC. Typically it’s called an alternator if it runs AC and known as a generator if it runs DC. Still, you need to read the specifications on a generator carefully before buying or installing it. Using the wrong current will not power your devices. Furthermore, it may cause a cascade of problems.

DC or Direct Current is perhaps more straightforward than AC. Instead of having the electrons flow in both directions, they only move one way. Though modern cars run on AC power, vehicles up to the nineteen-sixties ran on DC.

It may seem that DC generators have fallen out of fashion. However, nothing could be further from the truth. In a moment, we’ll discuss everyday machines that need DC power to run.

The fantastic NEXPOW Portable Power Station Generator from Amazon runs on solar energy. As long as you have a clear day, you will have power for whatever you need. Plus, at barely over three pounds, this unit is extremely portable. To read the reviews, click here.

Whatever their differences, both machines are marvels of Faradays Law in action. This law states that any moving wire inside a magnetic field has electricity induced upon it. Basically, that means any change to the wire. Inside the magnetic field, movement causes the wire to conduct electricity.

Other internal similarities also affect how the two machines work. Both varieties have an armature. A generator (DC) has a rotary armature that moves. Meanwhile, an alternator has a stationary, non-moving armature. The spinning parts make most of the difference.

Do You Need an Alternator or a Generator

Learning the difference between alternators and generators is one thing. However, deciding which one you need is a very different issue. Unless you’re very electrically savvy, you may not know where to apply each power source.

No worries. Most machines have a label on them. Often this indicates the type and amount of power they require. A little bit of detective work will show you what you need to know. However, you can usually tell because AC devices plug into a standard home outlet.

Ships and planes are a bit different. Still, most household items either use batteries or a cord. If there’s a cord that eventually plugs into a wall, it’s AC. Alternators or inverter generators are what you need for most things you’d want to plugin right away. For example, a phone needs an AC outlet to charge its battery.

The great news is that most generators are either AC or AC/DC compatible. The only time you’d really need to worry about it is pretty rare. If you need an inverter generator and you get a strictly AC version, then you have a problem. Luckily there are relatively few things that absolutely must have DC.

When to Use an Alternator

Alternators typically power large ‘things.’ Because they’re more efficient, this makes sense. You want the best power creator to run anything massive. Here are four examples of what runs on AC power sources like alternators.

Another superb inverter generator is the BESTEK 2000W. You can use this durable, yet portable option to run most equipment. Your car battery is all it takes to keep the power on. You’ll appreciate the six external 50A fuses. Plus, it comes with spares. Click here to grab this generator while it’s in stock on Amazon.

Where You Need a DC Generator

Direct Current generators may not run the biggest things, but they’re necessary. There are a lot of machines we couldn’t run without DC. Here are six examples of items that require DC power.

Sometimes Both is Best

There are times when you need both AC and DC power. RV’s use the two together. There’s a twelve volt DC system for your battery and engine. Meanwhile, a hundred-twenty volt AC system runs appliances.

Your fridge and toaster need different energy than the vehicle itself. Because of the way various machines work, it’s vital to know how your equipment runs.

When in doubt, more is better. Since it’s easy to get an AC/DC generator, you should do that. Unless you specifically need just one power type, get both. Redundancies save lives.

Alternators and generators both give you power. Whatever kind of energy you need, it’s easy to get. Hopefully, I’ve cleared up when to use each type. Good power sources are essential to survival.

The differences between generators can be confusing. Watch the video for a refresher anytime. You’ll find lots of useful facts. Plus, you might learn something new.

I recommend investing in both. When you have backup systems, your survival odds go up.