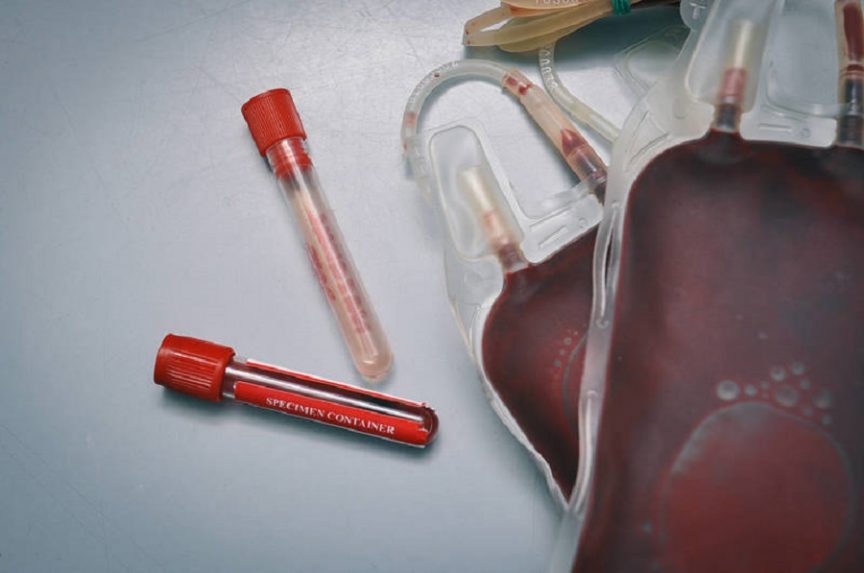 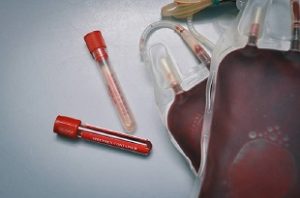 The other day I was watching a television program where after a deer is shot and killed, the hunters cut open the area of the deer’s heart and consumed a piece of the heart and drank a cup of its blood. After watching this seemingly primitive ritual, it made me start thinking about blood.

Blood is an extremely important part of the human body. Without it, the end is inevitable. I should know, I almost died after losing 3 pints of blood. My death would have been a tragedy for my newlywed bride.

Luckily, I was convinced by my wife to go to the hospital. I was so ill, I stayed hospitalized for 5 days, got the necessary blood transfusions and survived. After 25 years since this occurred, you might ask yourself why is this relevant?

Since I started to focus on various emergency preparedness scenarios, I realize there is a slight but real possibility you might be stranded alone in a desperate and critical situation. Can you drink blood in a survival situation? According to various sources, blood itself does not have enough nutritional value to sustain the necessary daily caloric intake your body needs and most importantly can give you hemochromatosis, a serious and fatal illness.

I do not want to scare you away thinking that any and all blood is bad. When it comes to the use of animal not human blood as a food source, I think there needs to be some clarification. Animal blood in food is not necessarily dangerous.

It is used in many culinary kitchens around the world. However, it is most commonly used as an additive to another food product. because blood contains albumin, it coagulates when heated to 167 degrees Fahrenheit.   Because it gives food a savory taste, it is popularly found in many dishes.

In France, blood is used in making sauces and braises. It is used in pork, beef, lamb and chicken stews in Vietnam, Philippines, and India.  Poland, Philippines, Korea, and Sweden add this ingredient with duck, lamb or ox to make blood soup.

Blood sausage, blood mixed into a pork based casing, and black pudding are eaten in places like North America, Western, and Eastern Europe. Some places in Asia serve coagulated blood from poultry, pork, and beef cutting them into blocks to make blood tofu.

So as you can see, blood sourced from animals is not something to be of serious concern. As long as it is added to other foodstuffs, it is not really bad to eat .The only time this type of blood becomes a threat is if comes from a diseased animal.

For example, the World Health Organization released a report warning about the eating of poultry and blood-based dishes from Asia fearing the spread of the H1N5 Avian flu to other parts of the globe. We do, however, need to remember drinking blood from animals especially the blood of humans, exclusively would be a cause for serious health issues.

Many prepper and survivalists have thoroughly and extensively researched the specific elements one needs for long-term survival.  These findings helped develop what experts call  The Survival Rule of Threes;

So contrary to popular belief, you can actually last quite a while, albeit under harsh circumstances, without eating before you are likely to end in irreversible starvation. Initially, when you become hungry, your body starts to feel the pangs associated with the lack of food. You may experience any number of the following symptoms:

However, after about 24 hours. it has been reported hunger pangs cease to be an issue. In fact, it is said that total starvation is painless.  But don’t be fooled. The body begins to go through a process which if not addressed will be fatal.

Research suggests on the average a man needs about 1500 calories and a woman 1200 calories to maintain good health and bodily functions. According to the National Institue of Health, anything below 500-800 calories would be considered starvation.  Limited in calories the process of starvation occurs.

After a few hours eating food, your brain begins to break down glycogen into glucose which cells use as fuel. After 6 hours, glycogen into glucose stops then the hunger pangs and irritability begin.  Within 6 to 72 hours your body goes into ketosis. This is when the body starts to use fat for energy. Because your brain needs to have glucose which fat does not adequately provide. So your ability to think clearly becomes impaired.

After 72 hours, your body begins the process referred to as cannibalization. This means your body is destroying your muscle tissue in order to get glucose. After a few weeks, your body’s immune system will be so weakened that disease sets in. If you do not succumb to disease, your body continues to cannibalize itself till there is no more muscle mass, tissue or fat left.

Outside of disease, the most common forms of death by starvation are cardiac arrhythmia or heart attack due to tissue degradation. This can all occur with 3 weeks to 70 days. So it is without saying food deprivation, in the long run, will end badly for you. So it makes sense that one wants to consider any food source that might be available. But will blood have enough to offer you?

One might get the impression that because blood (especially as it takes about 10 minutes for blood to coagulate at room temperature) looks thick like ketchup or tomato sauce, it is richly packed with vitamins and minerals.  But according to information gathered from the Mayo Clinic and Red Cross, there are only about 100 calories in one pint of blood. The following is the nutritional information on blood;

Although the above info suggests, there is little to no nutrition whatsoever in blood, the reality is there are different components like plasma that have traces of nutritional value.  In fact, plasma is a mixture of water, sugar, fat, protein and salt which makes up the liquid portion of blood.

But still, you have to know, there is not enough blood you can drink that would satisfy all the minerals and vitamins your body requires.  It may make your stomach feel full but as you read on, this need to fill yourself may be dangerous.

Can Drinking Blood Kill You?

A pint of blood you drink would be extremely rich in iron, around 3500 to 4000 mg of iron is found in the average person. So consuming an extreme amount of blood to maintain the needed caloric intake to sustain one’s life (if that were even possible) leads to various health issues.  Because the body has a problem excreting access iron, drinking too much blood can be toxic.

This toxicity is called hemochromatosis. Hemochromatosis is basically an iron overload. It causes the body to absorb too much iron and this slowly builds up in the body causing tissue and organ damage especially the liver. Symptoms of hemochromatosis include;

If this isn’t enough to discourage you from using blood as a survival food source, the use of unsourced blood should make you really nervous. Unless you know without a doubt where the blood comes from, you cannot negate the chance of contracting blood-borne diseases. Not to mention the possibility of contracting some kind of virus or bacteria from animal blood sources (see Blood in Food), is very possible.

The more common ones such as HIV or hepatitis B and C are transmitted through blood contact or ingestion. To make matters worse, drinking more than a few drops of blood may actually make you nauseous or even vomit.

There are however some benefits of using one’s own blood. Studies have shown that using your own blood for platelet-rich plasma therapy (PRP) may help with healing wounds and certain sports injuries. But PRP treatment is administered through injections. Drinking blood won’t have the same therapeutic effect.

Strange as it may seem, but when one is prepping it is important to know the options one has if and when a crisis presents itself. Most times, you may find yourself in an unusual circumstance and may not know how to respond to it. It is highly unlikely you would only have blood available as the only source of food available.  If that is the case, you probably have more serious issues you need to address immediately.  Knowing you can go for at least 3 weeks, even though it may hurt to be hungry, eating can wait.

Now since we are getting real, You know you don’t want to depend on drinking blood in a survival situation. So what options do you have? If you drive, you might want to carry some kind of bug out bag stashed in your car. Click here for the bag that I would highly recommend available on Amazon. If you do consider a bug out bag, remember to check your bag twice a year and replace any items that might expire.

If you carry a small school bag, it doesn’t hurt to throw in at least a bottle of water and a couple of protein bars. I would highly suggest to place these items in a sealed baggie so if the contents spill, it will not do any damage to your other items in your bag. You might also want to carry what is called a small pocket sized emergency kit. These kits usually have all the basic tools and gear you might need in a pinch. One I have is available on Amazon. Click here to get  this great compact kit.

In our present time, anything can happen on a dime. To be prepared, as best as you can, may be the difference between life or death. Hopefully you will never need to drink or eat horrific things but if you are prepared ahead of time, you will have something on hand to get you through this difficult time.