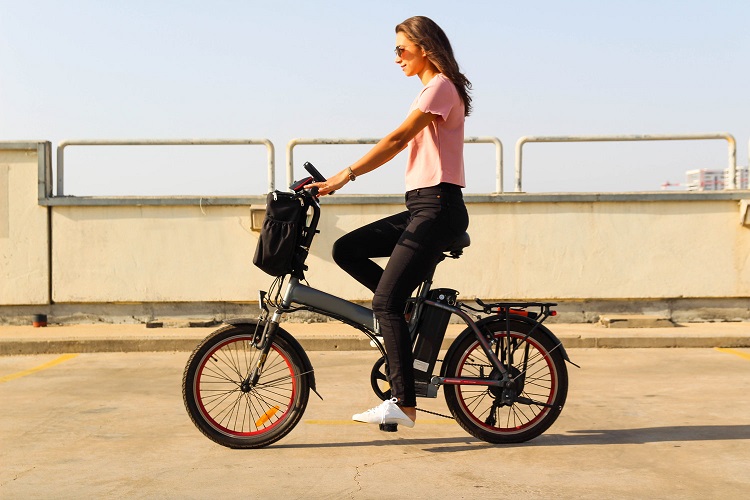 If you’re thinking about getting a bug-out motorized bicycle, it’s indeed a great idea. It’s one of the best options for a bug-out vehicle even though a car may seem more tempting. Especially if you are in the city, a motorized bicycle can save you time and your life.

Now, if you are serious about a bug-out motorized bicycle to survive the apocalypse, keep in mind that there are advantages and disadvantages to every vehicle of choice. Still, there’s such thing as the best options, and that’s what you can find out here.

If you’re still leaning towards a car, remember that you have to get fuel all the time, that you’ll have to face every traffic jam, and that you may not have the time to deal with all that. That’s why you may want to consider having a car in your bug-out cabin or whatever other places you may be considering going to. But to get there, you should consider the motorized bicycle.

So, if you want to know everything before picking a motorized bicycle for you, just keep reading below. The best strategy is always the one that you carefully planned in advance. You don’t want to be surprised during an SHTF situation since that’ll cost money, time, and resources. To be clear I present bicycles that run on a rechargeable battery.

I like gasoline motorized bicycles as well however, in most instances, you have to do a lot of assembling. So it can be difficult to put a gasoline-powered bike by yourself.  I would also suggest purchasing an extra battery so you can go further than the typical 25-40 miles. There have been instances where a battery-powered bike has gone over 200 miles on a single charge but this is rare.

You have to options when you’re bugging out. Go on foot or choose a vehicle. In most situations, walking is the worst option of them all because it takes more time and you’re less protected against whatever threat you might face. You have to keep in mind that during harsh times people are less prone to follow the rules and the laws are included.

Now, the bug out motorized bicycle is better than walking for the simple reason that’ll get you faster and safer to the places that you need to go. Eventually, you’ll need a vehicle to move from place to place and the bicycle will get you in places faster because you don’t need to wait in traffic. Furthermore, you can travel farther distances than the average 25 miles one travels by foot in a day. Between pedaling and electric power, you can double or triple the distance you can cover daily.

That the bug-out motorized bicycle is better than walking was kind of obvious, but it’s also one of the best options of vehicles for you to pick. Imagine that you live in a large city, even a medium one. During a crisis, everyone will try to leave the city. Every highway and exit of the city will be clogged by everyone in their cars and public transportation. It’ll take hours to get out maybe days since we’re talking about nearly everyone trying to leave.

That’s why having a vehicle that can get you into any road and that can avoid all that traffic is the best choice. You can leave the city within minutes. Even though the motorized bicycle is not as fast as a car is better to be moving than stuck in traffic.

So, make sure to get a motorized bicycle if you’re serious about bugging out strategies. The ANCHEER Electric Mountain Bike is an excellent bug-out motorized bicycle. It’s durable, high-quality, and quite fast for this type of vehicle. Check it out on Amazon here.

The great thing about a motorized bicycle is that you don’t need fuel to use it. In any SHTF situation, fuels like gas and kerosene are going to be the first things to go and become high-commodity. People will be fighting over this and trying to steal from one another. The best way to win at this game is having no need to play it. With a motorized bike, you don’t need fuel.

All you’re going to need is to recharge the battery, but you can get access to electricity nearly anywhere in the modern world. You can even consider having a portable battery charger with you while traveling. The point is that you don’t need fuel and this gives you a great advantage over nearly everyone else.

So, consider not needing fuel as another great advantage of having a motorized bicycle. The ANCHEER Fold Electric Bicycle is another excellent model of motorized bicycles. It has a great battery duration and the body is resistant. Get yours on Amazon here.

It Can Take On Difficult Terrain

Imagine that you want shortcuts to get out of the city, or on your way to a more remote place. There’s a good chance that you’re going to face roads that are not paved and that a regular car can’t fit. Those are the places where you’ll wish you had a motorized bicycle. This choice of vehicle can take on difficult terrains with ease. All you need is to know how to control it, which is not hard at all.

So, keep in mind that it’s a great option since you can go through places that a car won’t fit and won’t be able to proceed. Also, remember to practice riding this type of bicycle before you need to use it to bug out.

Make Sure It Can Carry Your Equipment

Another thing that is often overlooked is how you’re going to carry your stuff. Ideally, having a bug-out motorize bicycle won’t make that much of a difference for you than a car since you’re supposed to carry only essential things that fit in one bag.

Still, you should be sure that you can carry your equipment on your motorized bicycle. If you can’t, you can either reduce what you’re carrying or get accessories for the bicycle to increase its capacity of what can be carried.

Now, to be certain get your bug-out bag or kit and see if you can move around with the bicycle while having them on. This a great exercise to make sure that everything will fit. You can also go for a hike or something as a test.

So, the important thing is that you make sure that you can carry everything. Get a motorized bicycle that is large enough and has additional compartments. The NAKTO Cargo Electric Bicycle is a highly-rated model for a bug-out motorized bicycle. Click here to view pricing on Amazon.

Plan Out Your Entire Journey

Another tip is to plan out your entire journey. Ideally, when you’re bugging out, you have a final destination. What you should do is to plan three different ways to get where you want. You never know what roads will be blocked or unsafe to go through. Also depending on the threat that you’re running from, the plan will have to be different.

Then, once you have more than one way to get to where you’re going. Plan for everything going wrong. Even having to go to another location. Also, plan for things like stopping to hydrate or eat.

So, make more than one plan for your entire journey. This is the best strategy to make sure that you get to your final destination no matter what the SHTF situation that happens.

Make Sure To Plan For Recharging

A bug out motorized bicycle runs on lithium batteries. This means that you’ll need to recharge the bicycle from time to time. Usually, they can do 25-50 KM before having to recharge. You can also consider a portable charger to take with you. This way you have to stop only a few times.

Now, make sure to study the route that you’re going to make to see a possible location that you can recharge your bicycle. Plan in advance and have more than one possible location for every area that you intend to stop in case you can access those places.

So, as you can see, planning with recharging in mind is crucial to succeeding in a bug-out strategy with motorized bicycles. Also, consider taking portable rechargers with you, especially those that use solar energy.

So, this is how you can use a bug-out bicycle to survive the apocalypse. As you saw, it’s one of the best options for vehicles to bug out. Just make sure that you take your time to plan things carefully, so you get a successful strategy. Finally, make sure to get a high-quality motorized bicycle since you’re likely to use it for a long journey until your bug out place.